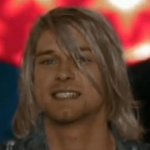 935 Edits since joining this wiki
July 25, 2012
I'm Jesse Mack. I guess i could tell you little about me! How about how i discovered Happy Wheels! Read below! By the way, i'm working on a picture of Wheelchair Guy (>>>), removing his facial hair! Not with photoshop, that's sh*t. I use paint! You'll be impressed! I like making suicide levels! I have made multiple accounts on this wiki, my first was was grandpaJoeWCG, which i sadly lost, i would have had a lot on there. I sometimes like to show off my art work, I'm pretty good at it, my opinion, it's not really my fault i like to add pictures to the wiki, most pictures sometimes need to be added to the wki, some pictures i just like to show off, show-off photos of mine will obviously be posted in my slideshow. I also have a habit of editing things and adding things to pages! I just want to make things better looking for this wiki!

My discovery to Happy Wheels

One time, in 2010, around December, i was always interested in ragdoll games. I played on sites like Free Web Arcade, and Ragdoll Game. But i discovered the game on Keep Busy. I was playing The Torture Game 3. When a scrolled down a bit, i saw a picture of Irresponsible Dad. So i thought "woah this seems cool!". so i clicked on it. I waited...then...LOUD GUITAR STARTS PLAYING! The song startled me! I see Wheelchair Guy on the menu and i'm like "wtf?". So i clicked play, a lot of levels i see there. I guess i started with the first one, Happy Green Hills. The character selection screen pops up. I was surprised! Really cool looking, so i placed the cursor over the boxes, each character came up! I was amazed by the detail of the characters! It was really neat! So i saw Irresponsible Dad again, so i clicked on him because he was on the little photo i saw. So the level starts, wondering what keys to press: up, down, left, right. So i started going forward. Down the slope, pressed space, fell forward faceplant, and "....oh my god!!! :D" HIS ARM BREAKS! I was amazed by the game i found! "I just found the game i was looking for!" i said in my head! I have been searching for a game like Happy Wheels! A few weeks of playing the demo, i decided to try the full version! So i clicked the link and Total Jerkface comes up! i click the banner, menu comes up, clicked play. "wow! more levels!" i said in my head. So i go by the first level i played in the demo, (Happy Green Hills). Selection screen once again, i meet another character, Moped Couple! "AWEsome!". I click them. Played around with them. Then months later, on March 12 2011, i make my first account! "jumbo man"! A few days later, when my account logged out, i forgot my password! So i created another one! jumboman.On April 2, 2011, after losing them both, i made another one. "grandpa Joe WCG".

I would like to give out my best creations on Happy Wheel! You may have one, some, or all! any pick you may have them! I creations are:

I'm creating a new level that i hope will be featured. It's a detailed tutorial obby level that will help new users! It would help if it was on the demo. If it becomes featured, i won't know what to do next. It would be my first. Here are some photos of what i have done so far, and what it looks like up close. This will hopefully be the first level with Effective Shopper. Although there is a small glitch that has stopped me from finishing the level. But i have made a test level, you may play it here.

What my level looks like when it's zoomed out.

The tutorial obby itself. One simple course it finished, but the red one still needs work.

When you "exit the level" by exiting the door behind you with (Effective Shopper).
Add a photo to this gallery

I'm also working on a funny rap level with the trigger tool. It's not gonna be perfect though. It's gonna me called "Grandpa Joe Rap"!

Happy Wheels How to

Retrieved from "https://happywheels.fandom.com/wiki/User:TotalJerkFace55?oldid=89032"
Community content is available under CC-BY-SA unless otherwise noted.