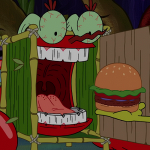 Welcome to my user page here on Wikia. I was one of the first group of users to start playing Happy Wheels, I started playing on September 12th 2010, and joined the site the same day. My name on Total Jerkface is Bert. Nearly every other user who has joined before me isn't active anymore, so I have one of the longest running accounts that is still active.

I am a moderator on both Total Jerkface and the official Discord server.

I have a YouTube channel called smashthings1. I have the largest destruction series in the world.

On January 25th, 2012, I became an administrator here on the wiki, and helped make it a better place.

On July 24th, 2013, I became a bureaucrat for the wiki, as the other ones rarely came here, and I was one of the longest active administrators around.

I was also the owner of the wiki (not the founder, just the owner as the original founder left long ago). I resigned this position on July 24th and handed it over to Lwpeterson50.

On July 25th, 2012, I became a Total Jerkface moderator. Due to how active I am, plenty of spam comments on the news posts, and levels that break rules, will be deleted. I talk plenty on both here and Total Jerkface.

On April 21st, 2014, I finally obtained the Impossible Dad achievement, which is obtained by contributing to the wiki every day for 365 days. I am the only one here to do so, and most likely one of the few Wikia users who have a platinum badge. I need to get outside more... This isn't the first time I've tried doing it, I missed a day last time while I was well into the days, and had to start over.

How I Came Across Happy Wheels

In 2010, I was on a Flash game site I've been going to for years, and Happy Wheels was in the new section. I've always loved physics-based vehicle games, so naturally, I opened it. I was amazed by the game, so I visited the site to play the full version. I registered that same day, and have become one of the longest and most active users on the site since. 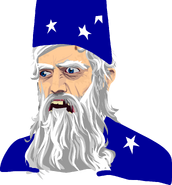 I am the first of only two to have this.

Tripledent Gum will make you smile!
Add a photo to this gallery
Retrieved from "https://happywheels.fandom.com/wiki/User:Bertwb?oldid=90384"
Community content is available under CC-BY-SA unless otherwise noted.