Prehistoric Virus is a featured level by Zsolt1000II. It currently has over 2,700,000 plays and a rating of 3.96 from over 2000 votes. This level is very similar to the level Prehistoric Pilgrim by mgmartinec.

You start in an area, very similar to the beginning of "Prehistoric Pilgrim". There is a repetitive dramatic sound in the background. You are also equipped with a shotgun. In front of you is the lance that you fought with in "Renaissance Ravager", with blood around it. A little further away is the ambulance man from "Prehistoric Pilgrim", sitting beside the ambulance with blood on his face, as well as on the floor and on the ambulance. As you go past the ambulance, you find the woman (Moped Girl) in the red dress lying down. As you approach her, she suddenly sits up, waves her arms and screams. You then shoot her with your shotgun and you reload it. You pass a tree, you cross a road, and you reach a small sign that says "KEEP OUT". You jump over it and you come to a white building ("Just like in Prehistoric Pilgrim"). You shoot the metal door once, and then, a red arrow points to the left. You go back and you find a red arrow that points to the ground, indicating that there is a hole there. Then, you fall down a small hole and you go down a ladder.

As you go down the ladder, the sound stops and you are now underground. You then proceed to another ladder. As you go down the second ladder, the yellow knight from "Renaissance Ravager" and "Prehistoric Pilgrim" comes down the first ladder and walks towards the second ladder, repeatedly screaming "No!" in Lawnmower Man's voice. After you have reached the end of the ladder, you see a man in a white suit, lying flat on the ground, with a large wound in his head. He then does the same thing as Moped Girl did and sits up and screams at you. You then shoot his head off and you reload your shotgun. You then go past the body, you "press" a button to open a door and you go down a staircase. At the end of the staircase, there is a zombie-like creature. You shoot it and you throw your gun away. Not so far away from you is the crazy dinosaur from "Prehistoric Pilgrim", chained to the ground. You jump onto its head and you go across its back. You then land on some radioactive barrels, you pass two red doors and you reach a ladder. You then go up the ladder and the end, you push a door open and you step out of the ladder.

To your left, you see Moped Guy holding a gun, facing away from you and is shielded by two radioactive barrels and by a broken part of the ceiling. To your right is a scientist that asks you "You know that it's all your fault?". You (Segway Guy) reply "I'm trying to put an end to this virus!". You then go to the time machine from "Prehistoric Pilgrim" and you press a red button to go back in time. The machine starts to spin (just like in Prehistoric Pilgrim), then a lot of light appears and spins (again, just like in Prehistoric Pilgrim), and the screen quickly goes white.

As the screen goes back to normal, you appear in the beginning of "Renaissance Ravager". In front of you is another Segway Guy on a segway (yourself from the past). There is a red arrow is pointing at him with text saying "Kill!". You kill him (yourself from the past) and as you continue the level, you disappear and the world slowly disappears as well. You then see the ending screen of Zsolt1000II and the victory is triggered. 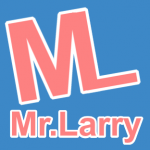 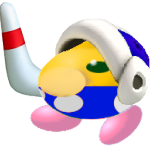 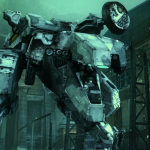 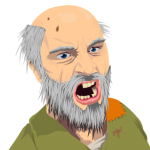