Start a Wiki
Irresponsible Mom is the tenth character addition to Happy Wheels, released on September 21st, 2012. She is the second triple-playable character, the first being Santa Claus. She uses a two-seated bicycle; however, a basket is mounted to the front to hold her baby. All three characters are blonde. The mother wears a white helmet, purple shirt, light blue Capri pants, and white shoes with white laces. The girl child wears a pink sleeveless shirt, blue shorts, and pink and white shoes with pink striped socks and has her hair in a bun. The boy toddler wears a blue sleeveless shirt and a diaper.

The NPC's Left to right: Mom, girl, and boy.

The trailer bike that the daughter controls detached.

Mom launching her son over the balcony in Balcony Terror. 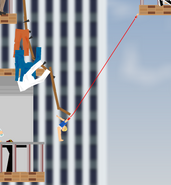 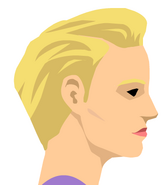 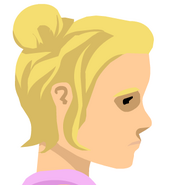 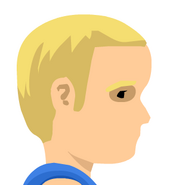 The bike without the basket.

Notice how the girl's legs get stuck on her part of the bike.

The boy can "detach" from his basket without his limbs breaking or ejecting.

The baby's joints getting stuck through the basket.

An awkward glitch with Irresponsible Mom when she can still ride her bike.

The bike without train bike and basket. 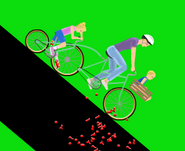 Irresponsible Mom's back wheel coming unattached, but not breaking off.

The "Warm Welcome" badge.
Add a photo to this gallery

Retrieved from "https://happywheels.fandom.com/wiki/Irresponsible_Mom?oldid=91708"
Community content is available under CC-BY-SA unless otherwise noted.