The food items are one of the fourteen miscellaneous items in Happy Wheels. They were added in v1.49 on October 28, 2011, along with the cannon.

At the moment, there are only three foods to choose from: a watermelon, a pumpkin, and a pineapple. Users can determine whether they want it to be sleeping (can only move when touched by a moving object), interactive/ uninteractive, and, of course, choose what food they want to use. As usual, users can rotate the food whichever way they want.

Characters are no longer the only things able to be sucked up into Lawnmower Man's vehicle; food items can now be sucked into the lawnmower as well. Food items can also be stabbed by the spikes, blade weapons, and autogyro propellers. The arrow gun and harpoon gun have fruity splatter textures on them if they shoot a food item. 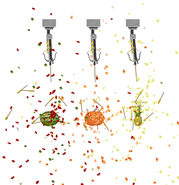 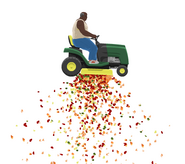 The fruit broken in parts. 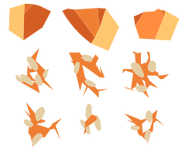