corey1987 (spelled without capital letters) is a well known user who joined Total Jerkface on September 18th, 2010. He is well known for his five featured levels. His most famous level is Balcony Terror, being the sixth most played level of all time. An Elephant ..., another level of his, is the only featured level with Irresponsible Mom as the forced character. corey1987 is known for his good amount of detail in his levels. It is likely that he is retired from Happy Wheels, as "An Elephant ...", his most recent level, was made in 2012. You can visit his Facebook page here. 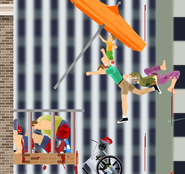 The beginning of The Ghost Train. 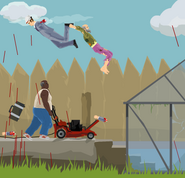 Backyard Wrestling.
Add a photo to this gallery
Retrieved from "https://happywheels.fandom.com/wiki/Corey1987?oldid=86199"
Community content is available under CC-BY-SA unless otherwise noted.